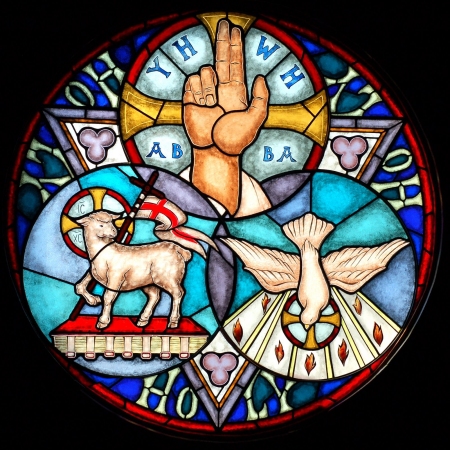 We love teaching about the Holy Trinity, but always approach the subject with a little trepidation.

The Trinity is a mystery of faith in the strict sense, one of the “mysteries that are hidden in God, which can never be known unless they are revealed by God”. To be sure, God has left traces of his Trinitarian being in his work of creation and in his Revelation throughout the Old Testament. But his inmost Being as Holy Trinity is a mystery that is inaccessible to reason alone or even to Israel’s faith before the Incarnation of God’s Son and the sending of the Holy Spirit.   –CCC 237

The Holy Trinity is an inaccessible mystery yet God chooses to reveal parts to us, and that’s what we’re passing on to students this month.  This image is a wonderful starting point because it’s rich with teaching symbolism.  (Lots of this is pretty obvious, but we’ll go through it anyway.  Let me know if I missed something.) 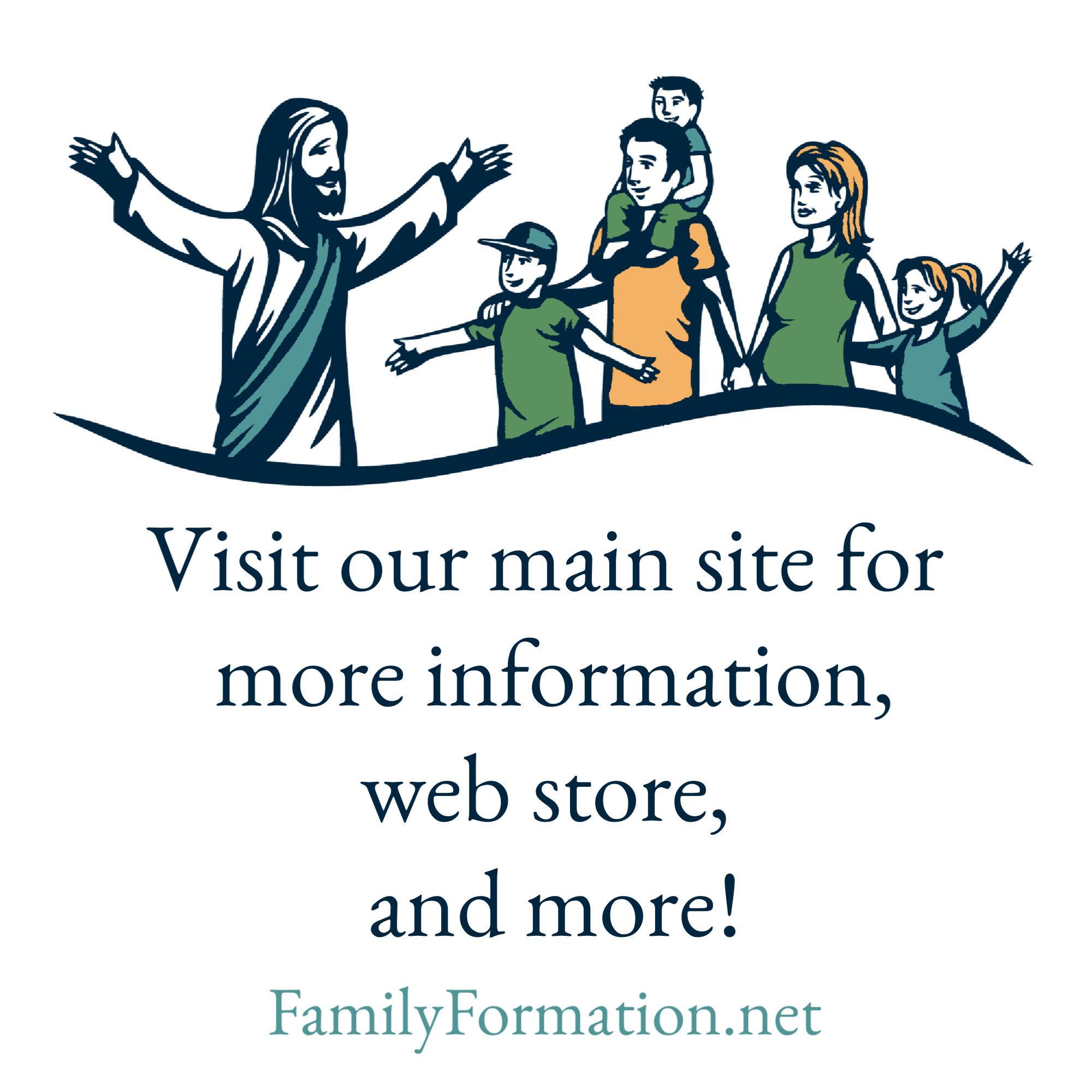